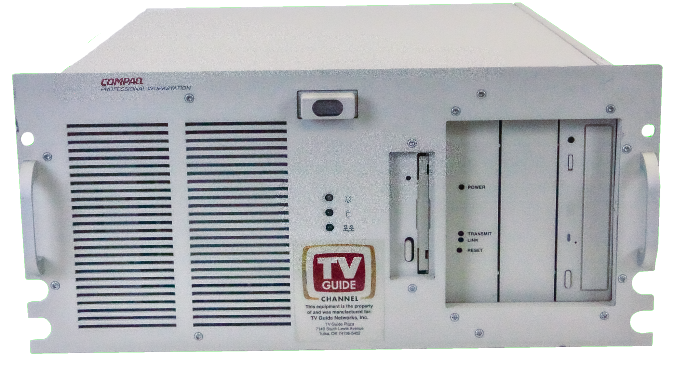 Hollywood was the last known version of the Prevue Channel software. Development began in 1997 and continued into the TV Guide acquisition/rebrand. This version was built for and ran on Windows NT with a SQL Server and a custom DirectDraw graphics card created by the defunct STB Systems. This incarnation would go through various different design revisions throughout the years it was in service, beginning with a tan theme in 1999 with an optional blue variant, a 'marble'-colored theme in 2003, a more stylized velvet & monochrome theme sometime in 2005-06 and a monochrome-only flat variant in 2010. A PC Prevue equivilent of this was released around the same time, which was most likely upgraded as often as well. The service was discontinued in 2019, thus ending the long run of what once was the Prevue Channel.

As of November 2020, we currently have three former Hollywood units, with each unit's hard drive imaged and dumped onto the internet. All of these units utilize the last version of the software, with the 2006 theme applied, sporting Pop branding, and listings that date as far back as September 2018. This program has been tested to function on Windows NT 4.0, Windows 2000, and Windows XP under VMware, however is only functional in Software Mode. You can install this on Windows 10, however the only version of SQL known to support this (SQL Server 7.0) cannot be installed on modern versions of Windows, including 10.